In the competitive Austrian beer market, the independent Ottakringer brewery has been the number 3 for years, successfully defying the hegemony of international brewing groups. In addition to being the undisputed market leader around Vienna, Ottakringer has grown from a down-to-earth brewery to an innovative event brand and a “creative beer hub” over recent years, focusing on a young, cosmopolitan and urban target group that experience Ottakringer not only as a traditional thirst quencher but as an integral part of their cultural and social life. Let’s take a closer look at Ottakringer’s marketing strategy.

Ottakringer is arguably the Austrian brewery most closely linked to its own location, Vienna’s 16th district. More than 180 years after the company was founded, Ottakringer is still located in the historic workers’ district of the same name, in the middle of Vienna, and has an in-house well, from which the water for the entire production is still sourced. Maybe it is no surprise then, that Ottakringer finds itself particularly strongly rooted in local Viennese culture. Under the moniker “16th tin” (alluding to its home, the 16th Viennese district), Ottakringer Lager in a can became a tongue-in-cheek icon for the ironic and down-to-earth Viennese attitude that people at the city’s famous sausage stands are known for.

Ottakringer AG has been listed on the Vienna Stock Exchange since 1986. In addition to Ottakringer Ltd., the group also includes the market-leading Vöslauer Sparkling Water brand and a successful catering business. For some time, the multinational beer giant Heineken held over 13% of their shares, but since a share buyback in 2009, the company has again been fully Austrian-owned. With their wit and inventiveness, Ottakringer caused a stir on Austria’s beer market time and again, introducing the „Nullkomma Josef“ non-alcoholic beer that became a household name in its own right, and living up to their “16th tin” myth by introducing a beer can of the same name in 2007. Ottakringer has increasingly modernized its brand in recent years, with the goal of becoming “Austria’s most urban beer brand” without departing too far from their own roots. We took a closer look at Ottakringer’s marketing strategy.

Ottakringer have always been keen product innovators, so the ongoing craft beer craze is being tackled aggressively. The Ottakringer BrauWerk sub-brand keeps introducing creative beer flavors of international standards to a young following of avid beer lovers. Over the years, BrauWerk IPAs, Porters, and Vienna Pales together with their wacky names and exotic flavors have bagged national and international beer awards on a regular basis. BrauWerk’s zeitgeisty approach is supported by an independent corporate design, which clearly differs from the more down-to-earth appearance of the Ottakringer parent brand, making it a successful balancing act between the familiar and the new.

Beer as an Experience

Ottakringer want to be more than just a preferred thirst quencher for their target group. Under the BrauWerk flag, which has since been renamed Beer Base Vienna, the brewery offers itself as an atmospheric and versatile event location, where guests love to spend their time. Beer tastings and brewery tours are complemented by workshops with Ottakringer brewing experts or even courses in becoming a beer sommelier. Not just beer fans should feel drawn to Ottakringer.

In 2012, Ottakringer introduced a festival called Braukultur-Wochen (Brewing Culture Weeks), when they open their company premises for nine weeks. Live rock and pop concerts, street food trucks, beer yoga, and beer crate singing for undiscovered musical talents are all aimed primarily at a young urban audience while maintaining its traditional appeal of a local beer festival. Microbreweries from Austria and Europe are invited to present their products at the event, so visitors enjoy a huge variety, while Ottakringer can present themselves as a cosmopolitan brand that embraces competition. (Note: The festival will take a place this year, albeit in a slightly different format.)

When communicating with their customers, Ottakringer rely primarily on data and digitalization to create personal interaction. This includes fun gimmicks for customers such as creating personalized beer labels for special occasions via the Ottakringer website, but Ottakringer is also breaking ground in classic advertising, being the first to launch an audio dynamic creative campaign to advertise their beer culture festival in 2019. Audio spot creations individually tailored to the user were put together in real time, using criteria such as the location of listeners, the current weather at the respective location, the time of day of the broadcast as well as the current daily program of the brewing culture weeks. This was a first in Austria and a clear commitment to modern marketing.

One of Us: Social Marketing

Despite their love for modern technology, Ottakringer also wants to stay known as strongly rooted in its own community. For example, they have an agreement with the city of Vienna to supply water from their brewery well into the city system in times of drought. Under the motto “Every can counts”, they push for increasing the recycling rate of aluminum cans for the benefit of the environment. And even during the current Covid19 crisis, Ottakringer prove themselves flexible: Anyone who can’t go to a beer garden can get their beer boxes delivered straight to their home. They also produce surface disinfectants for other local companies in the area, free of charge for collection. A social approach that should be to the taste of everyone.

Tweak your CD regularly – so your logo changes with the times while staying recognizable.

Create a world that supercharges your product with positive emotions.

Customize your targeting – use collected data to interact with your target groups as personally as possible.

This article is based on the following sources in German: 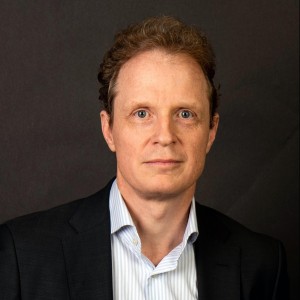